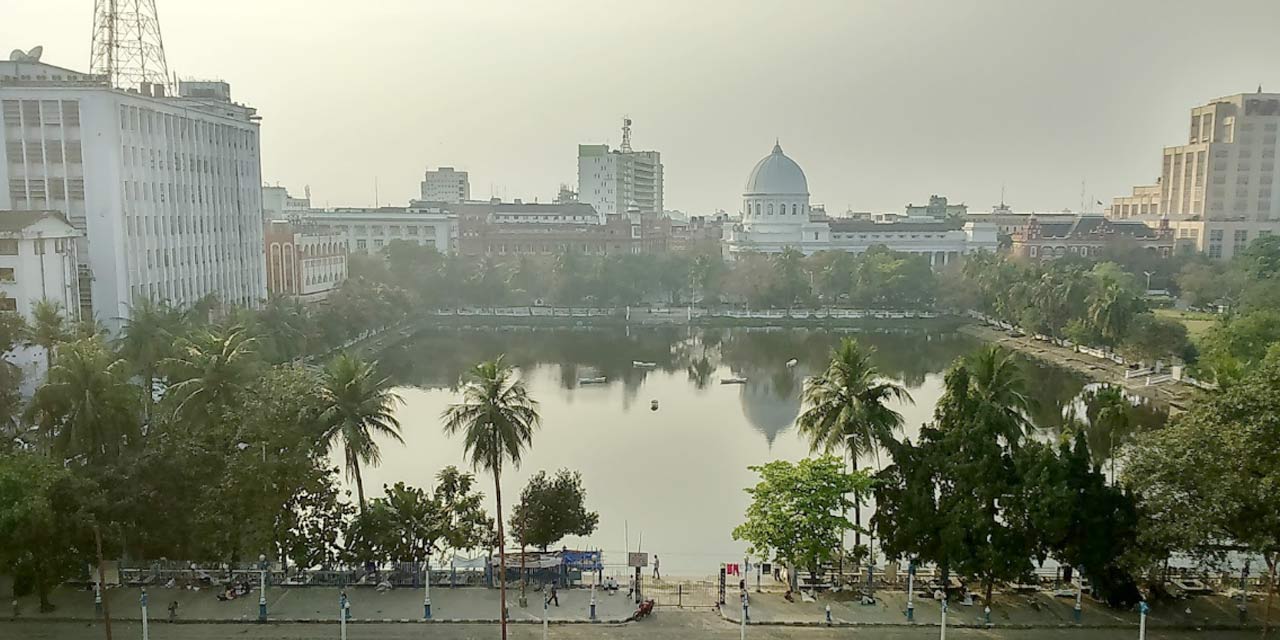 “Bi Ba Di Bagh” is what BBD Bagh is commonly pronounced as in Kolkata, India. The pronunciation comes from the names of the three Indian independence freedom fighters; Benoy, Badal and Dinesh who killed the Inspector General of Prisons, N.S Simpson on the balcony of the Writer’s Building of the then Dalhousie Square.

BBD Bagh is close to the Hooghly River towards the Western part of Kolkata. There was an old British fort built near where the General Post Office now is. This was part of Kalikata, one of the oldest parts of the city which we now know as Kolkata. This area is now the central business district of Kolkata.

BBD Bagh was formerly known as Dalhousie Square, created as a trading centre for the British East India Company along the banks of the Hooghly River, with Fort William at its centre between Lal Dighi and the river.

In 1756, Nawab Siraj ud-Daulah attacked the British locality. The survivors were sent to the prison of Fort William. The Nawab held British prisoners for three days from the 20th of June 1756. The Nawab later retreated when Robert Clive attacked with his force.

In the next century, the square grew to become the Dalhousie Square named after Lord Dalhousie, the then Governor-General of India.

Places to visit at BBD Bagh

1. Writer’s Building: The centre-piece of the commercial and political centre, BBD Bagh in the present day is the Writer’s Building which is a secretariat of the Government of West Bengal and used to be the house of the Chief Minister of the state.

2. ‘Office Para’: Towards the west lies the General Post Office, a building from the 1880s. It is the eastern office of the Reserve Bank of India and the Royal Insurance Building. This area is locally known as ‘Office Para’. It has offices of the Kolkata Port Trust, Bengal Chamber of Commerce and Industry, the Standard Chartered Building and the Calcutta Stock Exchange.

3. Remnants of the British Raj in India: BBD has some of the most remarkable British architecture. The square houses the historic St. John’s church. It also has the statue of Maharaja Lakshmeshwar Singh of Darbhanga sculpted by Edward Onslow Ford.

How to reach BBD Bagh

Buses: Buses from all over the city connect to BBD Bagh since it is the business hub of the city.

Metro: If you choose to take a metro, the closest station would be Chandni Chowk from where you can walk through Waterloo Street and head for BBD Bagh.

Train: The area also has a local train station with the same name, with trains running at an interval of every half an hour.

Ferry: The closest ferry stop would be Babughat if you’re coming in from across the river.

You can also choose to travel by a private cab from top car rental companies in Kolkata if you wish to visit some of the most popular sightseeing places of Kolkata in the comfort of a private vehicle.

BBD Bagh has some great food, some great buildings and more importantly some great people. You may choose to take one of the Kolkata city tours offered by Kolkata Tourism, a division of Holidays DNA or choose from the Kolkata Tour packages. The choice is yours. For further details on the same, please fill the Contact Us form and we will get back to you.