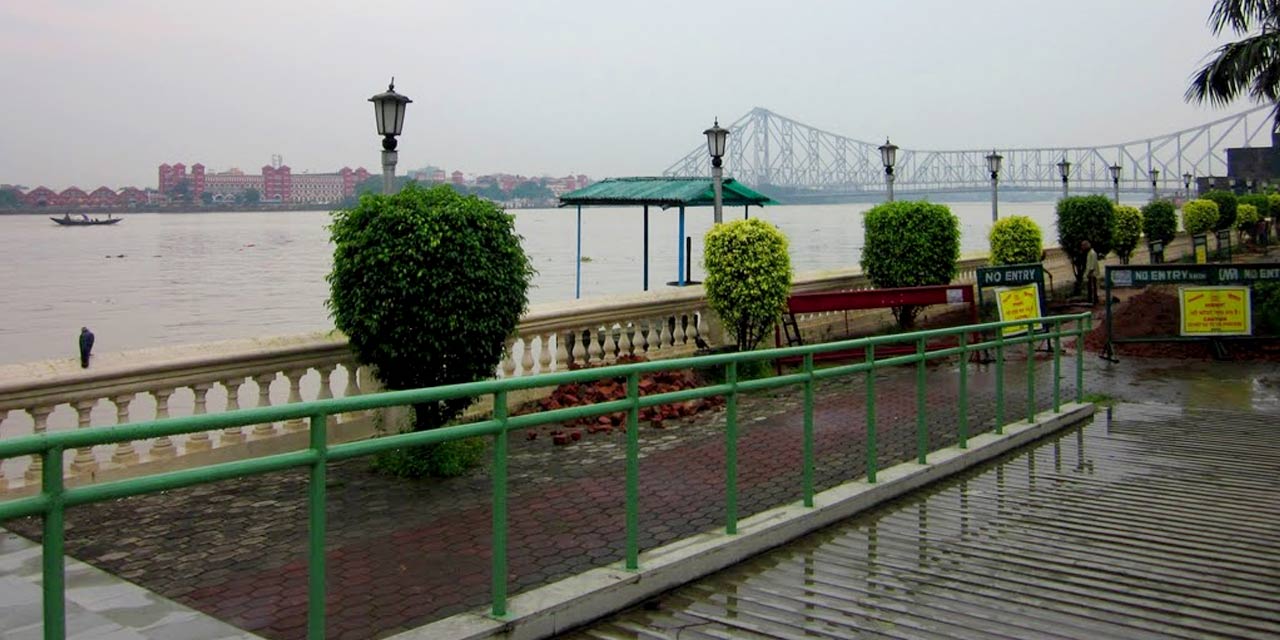 Located on Strand Road, next to the Hooghly River is a beautiful park named Millenium Park. The park is 2.5km long and lies on Hooghly’s eastern shore opposite to the Railway Club and near the Fairlie Ghat. You can easily view the Howrah Bridge from the park. The park is located in the BBD Bagh area of Kolkata, near the General Post Office and the Calcutta High Court.

The park is named Millenium Park since it is a gift from the Kolkata Metropolitan Development Authority (KMDA/CMDA) to the citizens of Kolkata on completing a millennium, the park was inaugurated on 26 December 1999. The park is a part of the first phase of Kolkata’s Riverside Beautification Project.

The park has been beautified with a variety of trees and lots of pretty lights. The view of the Hooghly waterfront and the Howrah Bridge from the park makes Millenium Park worth a visit. A variety of activities at Millenium Park include:

Kid’s Zone: The park is full of lush green gardens with a play area for kids that have fun rides for tiny tots. The place includes several rides for kids, including a Toy Train, a Pirate Ship, Bumpy Cars, Break Dance among many others.

Boat Ride: While the kids enjoy themselves on the rides, the adults can take a leisure boat ride on Hooghly.

Foodie’s Paradise: There’s also a food court at the park with around seven to eight stalls serving food, which you can eat on beautified wooden branches for tables and chairs.

Price for boat rides vary between Rs. 300 to Rs. 400, depending on the quality of the boat. The better it is, the costlier it is.

How to Reach Millenium Park

To get to Millenium Park you have to get to BBD Bagh. That is the most prominent landmark in the area. There are several ways to go to the park:

Buses: City buses on the route to BBD Bagh will drop you five minutes away from Millenium Park or even next to it.

Train: The BBD Bagh local train station is very close to the park and has trains running through them every half an hour.

Metro: If you want to take a metro, Chandni Chowk is the closest Metro Station.

Ferry: If you’re coming to Millenium Park from Howrah then it would be wiser to take a ferry to Fairlie Place Ghat, which is the closest ferry point from Millenium Park.

Alternatively, you can book a cab from top car rental companies in Kolkata to visit the most popular tourist attractions of Kolkata in a comfortable manner.

The park is now one of the most popular picnic spots in the city. The park is very centrally located and easily accessible from any part of the city. The admission is nearly negligible, rides aren’t that costly here either. The food is great too but the view of the Howrah Bridge while sitting on the benches of the park is the real deal.

The park is divided into two sections for the kids and the adults, while the kids have their rides on the side; adults have their benches with the view on the other side. A boat ride here makes the trip to Millenium Park more memorable than ever.

There are a number of places to visit in Kolkata and to help you plan your Kolkata tour in a better way, we at Kolkata Tourism, a division of Holidays DNA offer all-inclusive Kolkata Tour packages at affordable rates. Please fill the Contact Us form for further details.