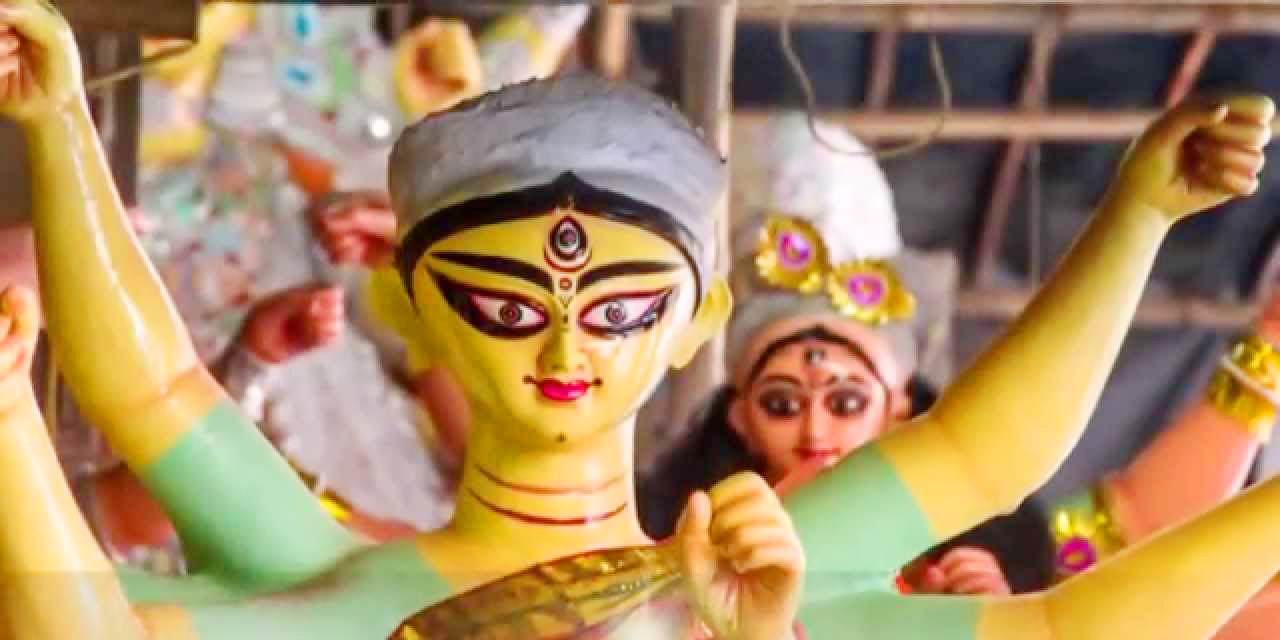 A small locality in Kolkata which was originally known as Coomartolly is a unique potter’s quarter in the northern part of the city of joy. The place is famous for its expertise with sculpting Indian Gods and Goddesses out of clay for different festivals in West Bengal throughout the year. They also export their idols to other countries and communities. The name of the famous street with the idol merchants is known as Banamali Sarkar Street. There’s a famous Hindu temple named Dhakeshwari Mata Temple nearby.

After the Battle of Plassey in 1757, the East India Company decided to build a new settlement of Fort William. This made the population shift towards Sutanati, while neighbourhoods of Jorasanko and its surroundings became the rich locality. Under the direct orders of the company different parts of the city were allocated for different workmen.

When the city developed and grew, loads of people shifted into these localities changing these areas into just their names. However, the artisans of the North Kolkata neighbourhood Coomartolly survived in large numbers. These potters who built pots beside the river to sell later at the bazaar soon started making idols of gods and goddesses, which started to be worshipped very popularly by the mansions and palaces around the city.

This potter’s hub houses over thirty women and a lot of male artisans, who are busy modelling beautiful clay idols of gods and goddesses. Most of these feature Goddess Durga who is seen riding a lion and slaying the demon Mahishasura.

These idols are supplied around the area and overseas and the celebrations during Durga Puja within Kumartuli are popular and one of the oldest in Kolkata. The process of making these idols is very tough and intricate. It takes place within the lanes of this locality and it is a wonderful sight watching these artisans work on their own as you roam around Banamali Sarkar Street.

Places to visit near Kumartuli Kolkata

The locality is one of the oldest parts of the city. You can visit the places around Kumartuli to get a view of the grandeur of old Kolkata.

2. Nabin Chandra Dass: The lane that exits out of the Kumartuli area towards Sobhabazaar has a sweet shop known as Nabin Chandra Dass which is famous for inventing the Roshogolla which is an absolute favourite amongst the people of Kolkata.

3. College Street: You can visit College Street too which isn’t too far away from the area and is famous for the hundreds and thousands of bookstalls around the area including a second-hand book market.

Location and How to Reach Kumartuli Kolkata

Kumartuli is situated between Rabindra Sarani and the Hooghly River. It is in between the localities of Ahiritola and Shobhabazar. Kumartuli is surrounded by Shyampukur, Bartala, Jorasanko, Jorabagan and Hooghly. Once you’re in Kolkata it’s not that hard to get to Kumartuli.

Bus: The locality is easily connected by roads as buses ply right next to Kumartuli. If you want to take a bus get off at Lal Mandir or Rajballavpur Bus Stops from where it’s a five-minute walk to Kumartuli.

Metro: If you want to take the metro, you have to get off at the Shobhabazar Metro Station and walk from there to the locality.

Train: The closest railway station is Bagbazar which is around ten minutes away from Banamali Sarkar Street. Local trains are always available from every part of the city.

Ferry: If you arrived at Howrah railway station and you want to cross the river to Kumartuli you can take a ferry and get off at either Bagbazar Ferry Ghat or Shobhabazar Ahiritola Ferry Ghat, Kumartuli is only a few minutes away from both of these places.

Overall, if you want to take a walk through to Kumartuli get a glimpse at the culture and heritage of old North Kolkata there isn’t a better time than right before the Durga Puja season. You can feel the vibrancy of the festival by taking one stroll down the serpentine lanes of Kumartuli. Don’t forget to visit the Dhakeshwari Mata temple and taste the authentic Roshogolla.

Kolkata is one place that would continue to mesmerise its visitors with its old charm and rustic beauty. To make your Kolkata tour all the more enjoyable, we at Kolkata Tourism, a division of Holidays DNA offer Kolkata tour packages at affordable rates. Choose the package that suits you best and visit all the important sightseeing places of Kolkata in the comfort of a private car. For further details, please fill the Contact Us form.