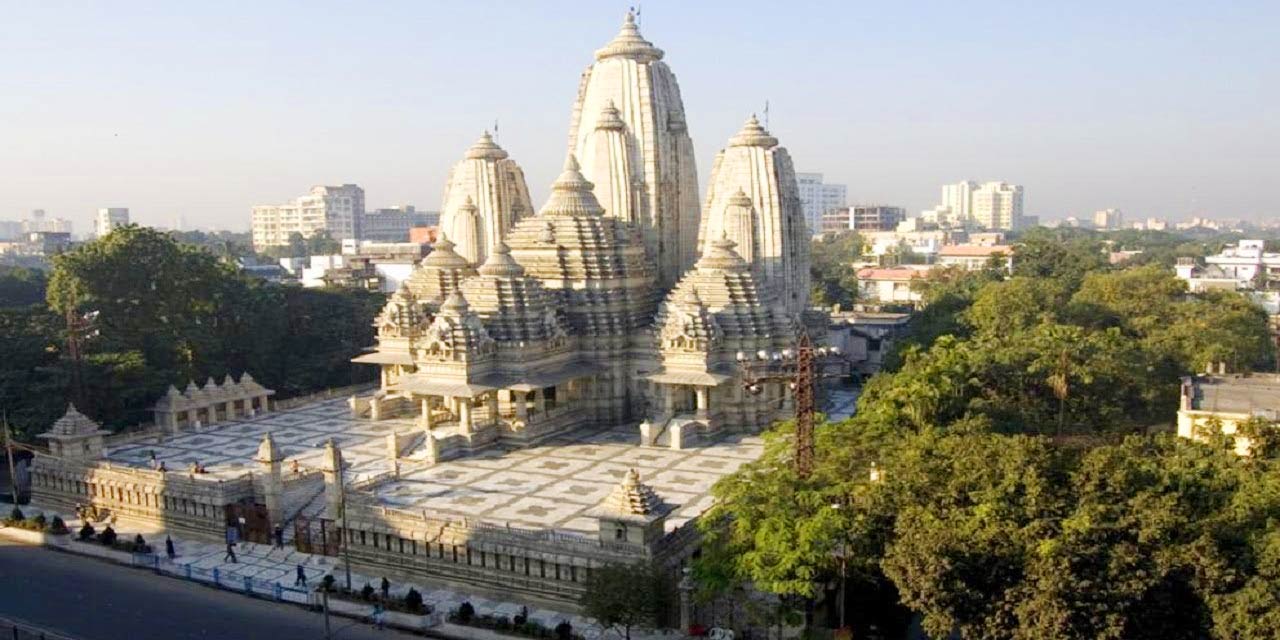 Being an exemplary work of art, Birla temple of Kolkata is one of the finest artworks and beauty of the city. Located on the Ashutosh Chowdhury Avenue, Ballygunge Road in South Kolkata, the Birla Temple is synonymous to Kolkata’s cultural lineage.

The temple was set up in 1996 and has been attracting numerous visitors ever since. It was built by the industrialist Birla family and took 26 years to complete. The temple was opened for public in 1996.

The Janmashtami day sees visitors from all over to pay respects and offer prayers.

The construction of the Birla temple of Kolkata began in 1970 and it took 26 long years to complete it. The temple was built by the ‘Birla Family’, an illustrious and famous industrialist family of India. The sanctum sanctorum was inaugurated on 21st February 1996 by Dr. Karan Singh while the Pran Pratishtha ceremony of the idols was conducted by Swami Chidanandaji Maharaj.

Birla Temple of Kolkata is a 20th-century magnificent structure built in white marble and cream-colored sandstone, reflecting Rajasthani architecture. The temple is consecrated to the Hindu God Lord Krishna and his consort, Radha.

Verses and Shlokas along with visually appealing pictorial depictions from Bhagavad Gita are engraved on the walls on the marble cravings. Exquisite chandeliers and electric diyas adorn the ceilings, an attestation of ultimate artwork that adds excellent luster and shine to the interiors.

Standing tall at 160 feet and spread across an area of around 2,940 square meters of land, the colossal structure was designed by Nomi Bose. The three corn-cob-shaped towers are more impressive for their size than their carvings, whereas, the courtyards are a nice place to sit and spend some time in quiet contemplation.

There is no entry fee to visit Birla Temple.

How to Reach Birla Temple Kolkata

The Birla temple is accessible from all parts of the city. One can either hire a taxi or board a local bus to reach the temple or book a cab from top car rental companies in Kolkata.

For those who wish to explore the important tourist attractions of Kolkata in a hassle free manner, Kolkata Tourism, a division of Holidays DNA offers Kolkata Tour packages at affordable rates. You can choose the package according to your preference and have a memorable trip to the City of joy. Please fill the Contact Us form for more details.