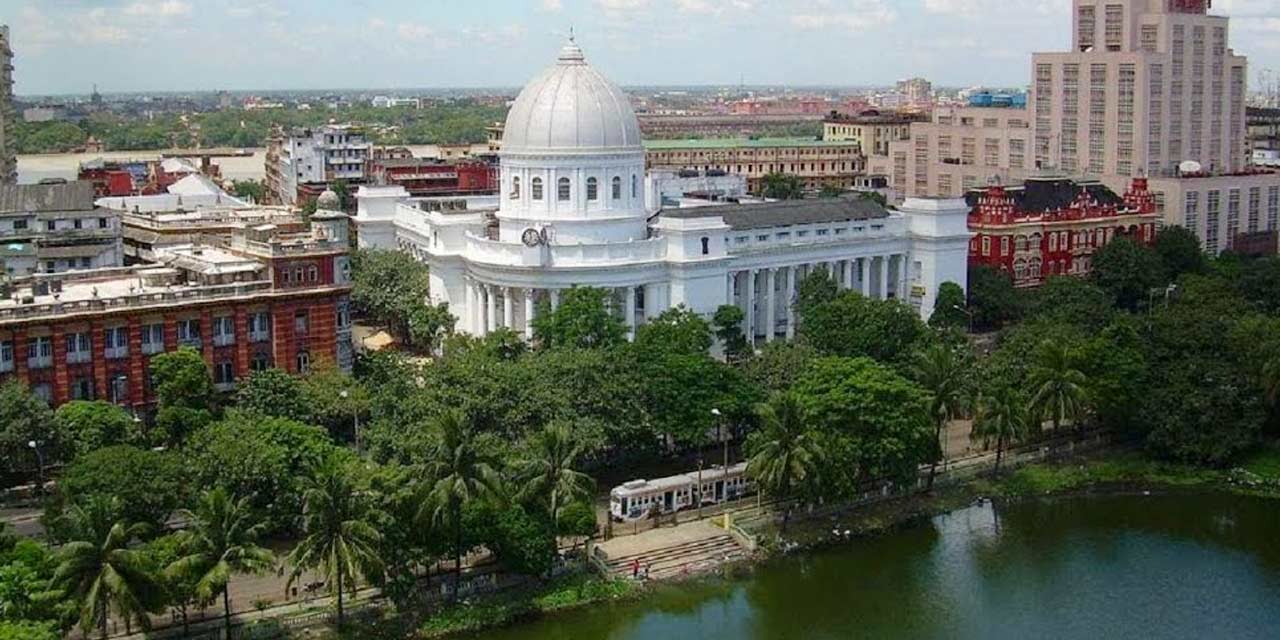 Note: The Outside Premises can be visited anytime during the Day.

The General Post Office is one of the oldest landmarks in Kolkata. Since 1868, it has received and sent millions of letters and continues to do so till date, as it is presently the central post office of the city and the chief post office of the state of West Bengal. The General Post Office presently lies in the BBD Bagh area and handles inbound and outbound parcel and mail.

The General Post Office was built by an architect named Walter B. Grenville in 1868. It was built to serve as a post office for the British East India Company.

The most attractive feature of the building is the dome which is over two hundred and twenty feet tall and its tall Ionic Corinthian Pillars. Within the walls of the building lies a postal museum that houses artefacts and stamps dating back to around 1884.

The staircase towards the eastern wing of the General Post Office has a brass plate marking the boundary wall of the Old Fort William. The Kolkata Collectorate lies in the north wing which used to house the local ‘collector’ back in the day. The Philatelic Bureau is in the southwestern end of the building.

The General Post Office of Kolkata is located very aptly right in the heart of the city and is surrounded by quite a few touristy spots in the city. Some of these include:

1. Writers Building: It is the former secretariat building of the government of West Bengal. It is an old and majestic building that lies for a stretch of 150 metres along the iconic Lal Dighi.

2. Raj Bhavan: Presently this building is the house of the Governor of West Bengal but it was built in 1803 and was known as the Governor’s House during the British rule in India.

3. Fort William: You have the royal Fort William, a short walk away from the Post Office. It is a must visit if you’re interested in connecting the dots of the historical significance of these buildings and the city.

4. Maidan: You can decide to do a marathon run around this field in the city or stroll around in the evening.

You can easily reach the post office from any part of the city by:

Bus: Taking a bus to BBD Bagh and walking to the post office.

Cab: You may take a cab straight to the post office. You can also book a private cab from top car rental companies in Kolkata to travel within the city.

Ferry: You can take a ferry to Fairlie Place Ghat and a small five minute walk brings you to the Post Office.

Train: The nearest train station is the BBD Bagh station, with trains running every half an hour and only two minutes away from the General Post Office.

Metro: If you want to take a Metro, get off at the Chandni Chowk Station and walk to the Post Office, it’s around a ten minute walk.

The grandeur of the city of joy, Kolkata lies in the buildings such as The General Post Office and the other massive structures around it like the Victoria Memorial and Fort William. The colonial influence that affected the city’s design and architecture can be observed in detail with a simple walk down the alleys around the post office. You could also send yourself a postcard from the General Post Office!

With plenty of places to visit in Kolkata, you would be in a dilemma as to what places to cover and what to leave. To help you plan your Kolkata tour in the best possible manner, we at Kolkata Tourism, a division of Holidays DNA have designed Kolkata Tour packages that are pocket friendly and easily customisable. So what are you waiting for? Please fill the Contact Us form and we will get back to you at the earliest.