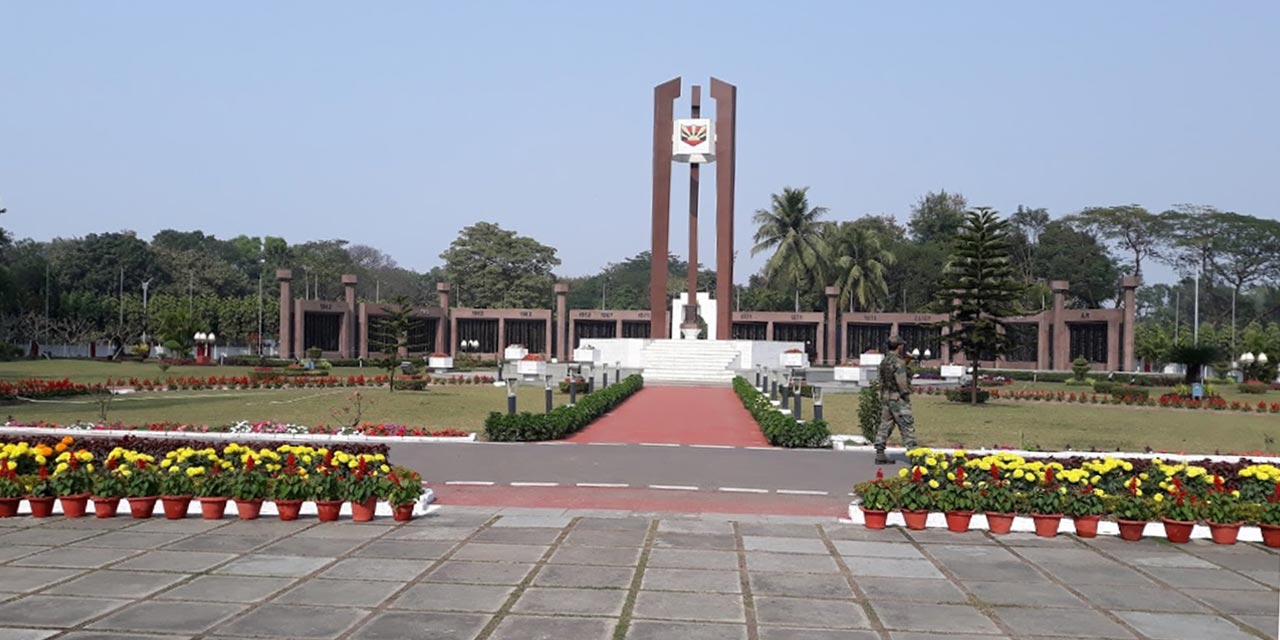 One of the most famous historical sites in Kolkata and once a British stronghold, is the mighty edifice of Fort William. Built in 1696, the fort was named after King William III, a.k.a William of Orange. Standing tall as a testimony to all tales of victories and defeats as well as oppression and rule, Fort William is the only fort in the world from which not a single shot was ever fired.

The massive fort that is situated on the banks of the Hooghly River is an octagonal structure stretching over an area of 70.9 hectares of land and has six different gates. The foundation of this fort was laid by Sir Robert Clive. At present, the fort is used as military headquarters of Eastern Command and also has the capacity to accommodate up to 10,000 army personnel at one time.

Today, the Fort William that people know is the magnificent structure that stands by the beautiful Hooghly River. However, most of us are unaware that there were two Fort Williams, the first one was built in 1696 which became famous as the ‘Black hole of Calcutta’ and the second and newer one was built in 1757 which still stands.

Fort William is a very well defended fort and the only fort in the entire world which has never been besieged.

The present fort is a brick and mortar structure built in an octagonal shape, spans over 5 square kilometres with three sides facing the Ganges and the remaining five sides having vast greens of maidan in the front.

The design of the fort is like an irregular star which plays a major role in strengthening its defence, making it impregnable against cannon firing slid shot. This design was advantageous before the advent of explosive shells. The moat around the fort was included to protect against fighters trying to penetrate the walls.

There were reservoirs built to tackle water scarcity. The tunnels were connected to underground tunnels, linking the reservoirs to the river. The St. Peter’s Church inside the fort was added to the fort complex in 1928.

There are six gates to access the fort, namely Chowringhee, Plassey, Calcutta, WaterGate, St Georges and the Treasury Gate. The Plassey gate is the huge archway. The construction of the new fort started in 1758 and took more than 10 years to reach completion.

The first Fort William was built in the year 1696 and was a two storied structure which had projecting wings and an internal guardroom on the ground floor which became the famous ‘Black Hole of Calcutta’. The old fort was located between present day Fairlie Place and BTM Sarani, occupying the space where now stands GPO, RBI Headquarters, Calcutta Collectorate and Eastern Railway Headquarters. The original site of the ‘Black Hole’ or the guard room stood at the corner of present-day Dalhousie square.

Fort William has an illustrious history and has been a subject of fascination to all history and travel lovers. The most interesting fact about the Fort is that there were two Forts, the original one built and named after King William III and the new fort built after the destruction of the original.

The original fort was built by British East India Company and the work started under the supervision of John Goldsborough in 1696. As the construction progressed, the South- East Bastion and nearby walls by the Hooghly River was added by Sir Charles Eyre. The construction of the fort was almost on the verge of completion and was yet to be named. In 1700, the fort was named after King William III.

Charles Eyre’s successor, John Beard added the North- East Bastion in 1701 and the government house in the centre of the fort was built in 1702. The final structure of the fort was a two storied building with projecting wings and an internal guard room. This guard room went on to be known as the ‘Black Hole of Calcutta’ when in 1756 the then Nawab of Bengal, Sirad Ud Daulah, took over the fort and the city by conquering the British East India Company. He named the city Alinagar after his grandfather, Aliwardi.

Regarding the infamous black hole tragedy, it has been accounted by one of the surviving prisoners, John Holwell, that 146 prisoners of war were captured and cramped up overnight in the guard room which was a dungeon measuring 4.30m. × 5.50 m (14 feet × 18 feet). Out of the 146, only 23 survived the night and the rest 123 succumbed to suffocation and heat exhaustion when the door of the dungeon was opened next morning at 6:00 AM. This incident led to the guard room of the old Fort William being named as ‘The Black Hole of Calcutta’.

A year after the siege of Fort William by Siraj Ud Daulah, Sir Robert Clive, along with Admiral Charles Watson took back what they considered was theirs in the vengeance relief expedition. Siraj Ud Daulah was defeated and killed in the Battle of Plassey and Bengal came entirely under the control of British East India Company. The area around Fort William became the seat of British Province and was named British Presidency.

Post the Battle of Plassey, realizing their early mistakes and drawbacks of the old fort building, the foundation of the new fort was laid in 1758 by Sir Robert Clive. The old fort was repaired and reopened in 1766 to be used as a customs house. The new fort built on Maidan one was given the same name. The construction of the fort was completed in 1781.

Inside the present Fort William

Being a place of historical importance, the fort complex houses a museum which displays a vast collection of war exhibits spanning from medieval to modern day utilities. There are cannons and tanks captured during the 1971 war of Bangladesh Liberation.

The new fort saw many new constructions post-independence. The fort also has a 9-hole golf course inside. Being the property of the Indian Army and headquarters of Eastern Army Command, the fort today is equipped with several modern facilities like a boxing stadium, a swimming pool, firing range, restaurants, an outdoor playground, a shopping complex, laundry, a movie theatre and a post office. In addition, there is an Arsenal too.

The Arsenal is not open to visitors and one needs to obtain special prior permits from the commanding officer to visit. The St. Peter’s church that used to be a chaplain for British soldiers, has now been converted into a library. There is a granary to store rations for emergency situations like drought, etc.

The Kitchener’s house inside the fort complex, now an officer's mess, used to be the house of Field Marshal Horatio Herbert Kitchener, 1st Earl Kitchener, who occupied it during his tenure as the commander in chief between 1902 and 1909. After the capital of British India shifted to Delhi from Calcutta in 1911, the Kitchener House became an officer's mess of Bengal Presidency officers.

One can only view the fort from outside as access inside is off limits for civilians and entry is restricted to defence personnel and their relatives. One can gain access on invitations, or prior permit from camp commanding officer. However; Indian Army arranges a special program of display on ‘Vijay Diwas’ on 16th December every year which is a treat to the eyes.

Location of Fort William in Kolkata

Fort William is located in Hastings in Kolkata, on Khidirpur Road.

No entry fees are required however; one needs a prior permission to gain access inside the fort premises as entry is restricted for civilians.

How to Reach Fort William

One may hire taxis or cabs to reach Fort William from both Howrah Junction Railway Station and from Airport. You can also book a private cab from top car rental companies in Kolkata for a hassle free commutation during your stay in the city.

Places to visit nearby Fort William

Kolkata Tourism, a division of Holidays DNA offers Kolkata Tour Packages to explore the popular sightseeing places of Kolkata in pocket friendly prices. You can visit all the important landmarks of Kolkata in a relaxed manner with a private cab at your disposal. To know more about the various packages, please fill the Contact Us form.