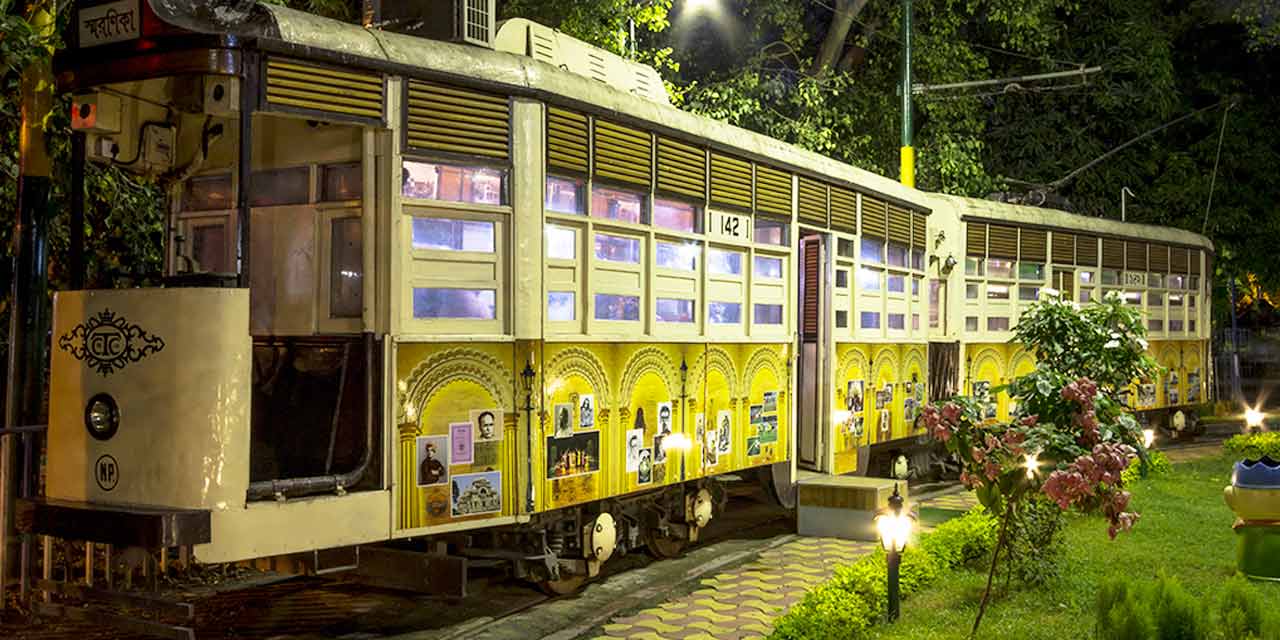 The lanes of Kolkata seem to cast a spell on anyone who wants to experience the old-world charm. You take the name of Kolkata and trams in the same breath as they were the lifeline of the city for a very long time before the advent of modern-day technology that brought about metros.

The association of trams with the city is such that a double bogie wooden tram built in 1931 was renovated in 2013 to be used in the shooting of a Bollywood movie. It was done to lend a touch of authenticity to the depiction of Kolkata in the movie.

Trams also go by the name of Streetcars or Light Rail Transit in other parts of the world and tram service is still functional over 300 cities spread over 50 countries across the world. If you happen to see any old paintings about Kolkata you would notice that a tram almost always forms a part of most of them since it was a thing that breathed life into the city and its residents. A tram is still something you would want to see and experience on your visit to Kolkata.

The history of Trams

Trams were an integral part of Kolkata when they were introduced in the form of horse-drawn trams that used to run over meter-gauge tram tracks. This tram track ran between Sealdah and Armenian Ghat via Bowbazar Street, Strand Road, and Dalhousie Square.

Trams were introduced in India by the British and not just in Kolkata but also in Chennai, Delhi, and Mumbai. However, Kolkata is the only city where trams are still functional even if not at the scale they used to run earlier.

The early trams saw the colonial influence with two classes in trams- first and second class. This practice ended in 2013 and now they do not have any class. All this and much more about Trams is what you can know on your visit to the Tram Museum in Kolkata.

About the Tram Museum Kolkata

The museum was inaugurated in 2014 and also goes by the name of ‘Smarnika’ which means remembrance. The museum truly pays homage to trams and to the memories of thousands of people who traveled every day in trams and still do.

The very first thing that enchants you and adds to your excitement level is the building where this museum is located. It is because the building is not a brick and mortar structure like other museums of the city. The tram museum has been made inside a vintage tram that was built in 1938 and is still functional.

To make things more interesting, entry tickets to the tram museum in Kolkata are also in the form of tram tickets and the person issuing the tickets is dressed like a tram conductor, in a proper uniform. This museum is managed by the West Bengal State Corporation which was previously known as Calcutta Tram Company Limited.

Inside the Tram museum Kolkata

The museum has a wooden exterior which was how this tram was originally made but the interiors were modified at Nonapukur workshop to facilitate movement from tram car to another from inside. One tram car has been turned into a cafeteria for the visitors while the other cars display interesting memorabilia about trams, documenting their journey from inception to the present day.

The archives in this museum present everything that you would want to know about trams. Artifacts at the museum include photographs and articles about all kinds of trams, right from those that were used earliest like the Horse-drawn trams to the versions that followed in the next seven years like Disinfectant Trams, OmniBus, Flat Wagon Trams, and Watering Tram cars to name a few.

Some interesting exhibits that you will get to see at this museum are rare photos of old Kolkata streets, old tram passes and tram tickets, pens, and caps that were used by the tram conductors, coins used during the time the trams first started running, coin exchanger machines, armlets, and parts like pull-off springs and red lamp governor switches that were used in trams.

The tram museum in Kolkata displays information not just about the trams in Kolkata or India but also about the history of trams all over the world. There are newspaper cuttings and pamphlets that talk about festivals around the world to celebrate this fantastic means of transport and tram journeys. Posters that show the journey of trams in Kolkata adorn the wall of the tram museum. You would leave this museum knowing almost everything you need to know about the history of trams.

Tram Museum is open from 1 pm to 8 pm on all days of the week except on Thursdays. Entry fee to visit the museum is Rs. 10 per person.

You would take almost an hour to see the complete museum and later you can enjoy the food at the cafeteria inside the museum itself. The cafeteria also runs a documentary on the trams of Kolkata which you can watch while you relish snacks and coffee.

Things to do near tram Museum Kolkata

When you are visiting the tram museum you can add some other interesting sightseeing places of Kolkata to your list since the museum will take only an hour or so. You can take the Kolkata heritage tram tour from the Esplanade tram depot which will take you through a tour of the city.

The places you will get to see in this tour include Mother’s House, South park street cemetery, lower circular road cemetery, and Shaheed Minar before you return to the starting point. All these places are worth a visit just like it is worth sitting in a tram and going around the city.

Location and How to Reach Tram Museum Kolkata

The Kolkata Tram Museum is located at Sido Kanhu Dahar, Maidan, beside CTC Terminus, Kolkata. The museum is easily accessible by the metro, with Esplanade metro station being closest to it. You can also book a cab from top car rental companies in Kolkata to visit the museum and other nearby places.

We at Kolkata Tourism, a division of Holidays DNA offer Kolkata tour packages keeping everyone’s holiday duration, budget and other needs in mind. Have a great time exploring all the popular attractions of Kolkata in the comfort of a private cab. To know more about our offerings, please fill the Contact Us form.